Canadian government to encourage older vehicles to be properly retired 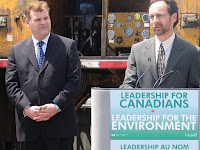 Government to offer new incentives for Canadians who do their part

Ottawa, June 4, 2008 – Canada’s Environment Minister, John Baird, today was joined by the Clean Air Foundation to launch a National Vehicle Scrappage Program, which will offer incentives to people who retire their 1995 or older model vehicles.

This program will be fully operating by January 2009, and will encourage people to scrap their gas-guzzling vehicles and to turn to environmentally-friendly transportations. The incentives include:
• Public transit passes;
• Bicycles;
• a rebate on the purchase of a new car;
• Membership in a car-sharing program; or
• $300 cash.

“We know Canadians want to do their part to help clean up the air we breathe and to and our Government shares their desire,” said Minister Baird. “That’s why we are launching a national program to get Canadian’s smog-causing gas-guzzlers off the road. This investment, combined with our Turning the Corner plan to cut air pollution from industry by up to 50 per cent, is what Canadians want and what we are delivering.”

The Government is providing $92 million over four years to implement the program, which will be delivered by the Clean Air Foundation – a national not-for-profit organization that runs the award-winning Car Heaven program.

“We are thrilled to be leading this program,” said Ersilia Serafini, Executive Director of the Clean Air Foundation. “Car Heaven is a leading program in Canada and we look forward to working with additional local programs to build on their experience and to enhance this network nationally even more.”

Of the 18 million cars and trucks on Canada’s roads, about five million were manufactured before 1996 (which is when new environmentally conscious standards were introduced). These pre-1996 models produce about 19 times more air pollutants than newer cars and trucks.

Until the program is fully up and running in January 2009, the Government of Canada is providing $3.4 million funding to local vehicle scrappage programs across the country.
This will encourage Canadians to take action now by rewarding them with incentives for retiring their old vehicles that will be part of the national program. These local scrappage programs will have an opportunity to become part of the Clean Air Foundation’s network for the delivery of the new national program in 2009.

As part of the Government’s commitment to high environmental standards, the program will also include a National Car Recycling Code of Practice. This tough code, currently being developed with the Automotive Recyclers of Canada will raise the standard of environmental care for vehicle recycling and apply to all participating recyclers.

The Automotive Recyclers of Canada (ARC) and its provincial associations have partnered with the Clean Air Foundation over the years to help deliver vehicle scrappage programs. “We look forward to helping take this to a national scale through our network of local auto dismantlers and recyclers,” said Steve Fletcher, Managing Director of ARC. “Ensuring that the vehicles are properly and permanently retired is the expertise we bring to the national program.”

This initiative is part of the Government’s Turning the Corner action plan, which includes a commitment to reduce emissions from transportation sources and cut smog-forming industrial air pollution in half by 2015.

For information on the vehicle scrappage program, please consult the related Backgrounder or visit: www.ec.gc.ca/VehicleScrappage