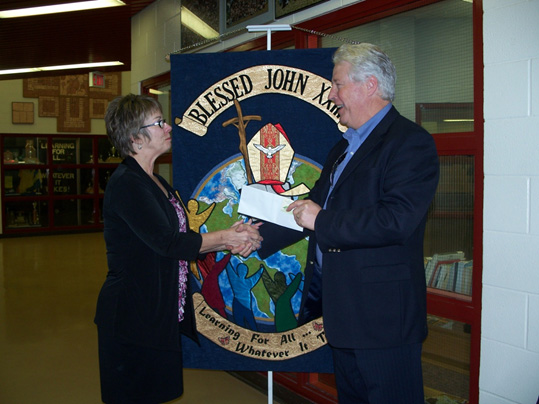 Pictured above, Ian Hope, Executive Director of AARDA is presenting AARDA’s contribution of $16,000 to MADD’s National President, Denise Dubyk. The funds will be used by MADD to make presentations at 16 schools across Alberta about the dangers of drinking and driving. The first presentation of MADD’s film entitled ‘Damages’ was shown on March 2, John XXIII Junior High School in Calgary. 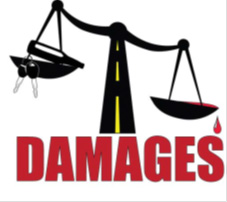 In the film, students are taken into the courtroom to meet a fun-loving and recent high school graduate named ‘Jess’ who had just received a scholarship to University and was really about to take the world by the horns!  But then his world is completely torn apart after driving while impaired and causing the death of his younger sister and putting his best friend in a wheel chair for life.

It is a remarkable film and is followed by a number of true life testimonials from people who have lost loved ones in drunk driving tragedies.   One mother had lost a son at 12 years of age and just a few years later lost a second son, aged 21, when he drove with his intoxicated girlfriend.  No parent should have to suffer that twice.  There wasn’t a dry eye in the place- the presentation is an eye opener to people of all ages. The students were spellbound. 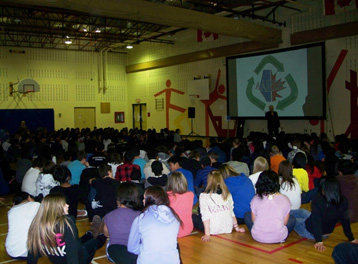 Ian Hope speaks to students about what we do as auto recyclers, and how all too often we see the heart-wrenching aftermath of accidents caused when people drink and then get behind the wheel. 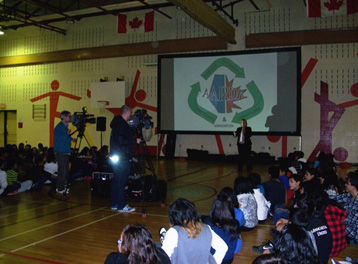 AARDA’s support was acknowledged with appreciation by Denise Dubyk, President of MADD Canada at the outset of the program.  A number of the media were present at the session. 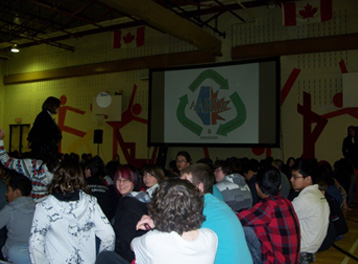 The kids were pretty restless and chatty before the film started…but once it did, you could have heard a pin drop for the entire hour that the video ran!